Founded in 1293. After the end of the second world war 23 monks returned and regain their monastic life in Engelszell, reinforced by 15 German Trappists, who had fled from the abbey Maria Stern in Bosnia. They had to continue the nursing home, which had been set up in the convent during the war years. This home still exists, now led by the Caritas, in new, modern equipped buildings adjacent to the monastery.
The monks who built after the second world war the monastic life and its economy in the great historical complex of Engelszell again, formed a community, which since has been getting smaller while the tasks and challenges grow. Today there are nine brothers, four of stricken high, and five are working in the production area. Since 1995 Abbot Marianus Eder is faced with the monastic community of monks 9 (2009). An essential role for the economic survival of the Abbey plays the tourism and the related sale of monastery's own products, such as liquors and trappist beer. 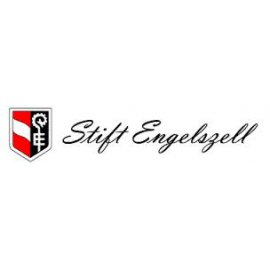