The story behind the brewery begins with its founder Balthazar De Landtsheer, who was born in Baasrode in 1773 and established the “De Halve Maan” brewery. His son, Eduard De Landtsheer, born in 1808 and former mayor of Baasrode, took over the helm.

In 1839 his grandson, Emmanuel De Landtsheer, moved into the existing homestead-farm-brewery “’t Meuleke” in Baasrode-Zuid. He changed the name to “Brewery De Zon” (The Sun) (hence the orange colour that is featured so strongly in the brewery’s house style). The business was so successful that in due course they gave up farming and brewing beer became their main activity.

During the First and Second World War the brewing activities were temporarily halted.

In anticipation of better times Emmanuel De Landtsheer switched from “brewing” to “bottling and selling beer” when pilsner beers, which he couldn’t brew in his own brewery, became popular. He established ties with the Mechelen brewery Lamot and the trappist brewery Westmalle as well as an importer of Pilsner Urquell. His son Adolf followed in his footsteps and was mayor of Buggenhout for a total of thirty-three years.

-to create an original brand of beer

-to determine the flavour and ingredients himself

-to export and sell his beers on the European markets and in the United States.

The name “Malheur” was not chosen “by accident”. Market research revealed that with its playful double meaning “Malheur” conjured up pleasant connotations and in brief was a name that stuck in people’s minds. “Malheur” means misfortune.

The brewery’s old vaulted cellar and the antique coolship, a large shallow pan into which the wort is poured to quickly cool it, are witnesses of the brewery’s rich past. 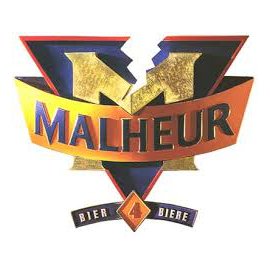