Brewery Dilewyns is a young family owned brewery arisen from the passion for beer of founder Vincent Dilewyns and his four daughters. In 2005 the first Vicaris beers were born. After 5 successful years, family Dilewyns started their own ultra-modern brewery in Dendermonde. 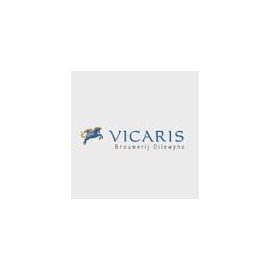