The brewery was founded in 1994 by Nino Bacelle under his own name. In the beginning he brewed only one ale, the Guldenberg, named after the Guldenberg Abbey in Wevelgem, where beer was brewed in the past. With a history in the beer world (since 1930 the Bacelle - Noffels family was active in beer commerce and as a lemonade producer), Nino started experimenting with brewing ale in 1981. After an education as brewer, he kept experimenting and thought the time was come to commercialize his ale. After a while he decided to start with brewing in an existing brewery. The good thing about this formula is that it’s possible to brew profitable without big investments. The Deca brewery in Woesten was chosen for this and in the first year 9000 litres of Guldenberg were brewed.

Mid nineties Nino got to know Guido Devos trough a beer tasters association. Guido is a founding member of this association and had been active as an amateur brewer for years. In 1996 they decide to combine their efforts. “Brewery Nino Bacelle” becomes “Brewery De Ranke”. The name came from the hop ranks and has been chosen because they are convinced that hops are the most important ingredient in their ales. Since then 5 new ales have been created: Père Noël, a Christmas ale; XX Bitter, the most bitter ale in Belgium and the ale that gave their brewery it’s reputation; Kriek De Ranke, a natural fruit ale; Cuvee De Ranke, an ale of mixed origin with Lambic and the Noir De Dottignies, a dark ale.

After 11 years of brewing at the Deca brewery a totally new brewery was started in Dottignies in the province of Hainaut. Yearly production is about 10.000 hl (1.000.000 liter). 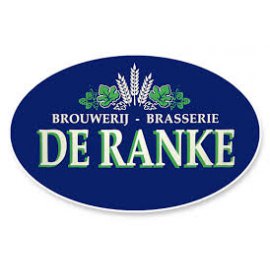