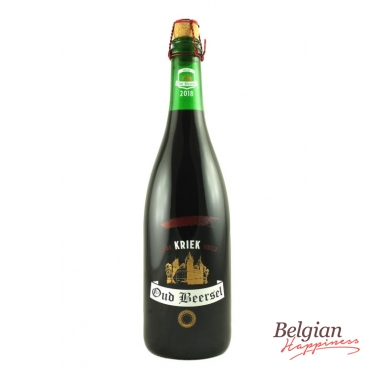 Traditional Oude Kriek with an immense flavour of fresh cherries.

Oude Kriek Oud Beersel is a traditional Lambic beer, made from real cherries and Lambic matured in wooden barrels. They are slowly absorbed into the Lambic, which develops a fruity character and a ruby red colour. Oud Beersel Oude Kriek contains around 400 grams of cherries per litre, which is the most of its kind.

The authentic production method of Oude Kriek is under European protection. This Oude Kriek has no added sugar and contains no artificial flavourings or preservatives.

This product has limited availability (Maximum 6)